If you would ask most film composers, they would probably say they got into this career because they loved music – not because they wanted to get rich. And in general, that’s probably the best reason to get into any career. Being passionate about what you do makes “work” feel less like work.

But if you’re trying to make a living off of composing film scores, one of your first questions is, “is it even possible?” What is a typical film composer salary? Like many industries, there is a huge range of possibilities. Read on to see how much composers get paid for working on different types of projects.

According to the US Bureau of Labor Statistics, the average salary for a film composer is around $50,000. But, the true compensation ranges widely for different projects and different skill levels. Let’s look at a composer working on these different types of projects: 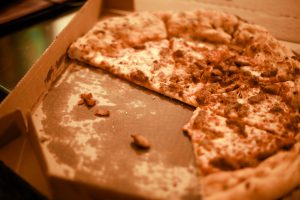 As in any creative field, it can be tough to break in. Therefore artists of all kinds frequently find themselves doing projects for free, with the hope that their hard work now will get in front of the right people and pay off in the future. This is known as working on spec.

As long as you have a strategy going in, spec work can make a lot of sense. If you have no samples to send out to prospective clients, you need to get some projects under your belt – hence, taking on a freebie to use for your reel.

Or, maybe you’ve got a lot of horror film music in your repertoire, but really want to get into comedy. Taking on a spec project in a different genre is a great way to fill out your reel/resume.

Just make sure your spec projects are targeted, either for genre or clientele. Only take on projects for free that have a clear path to paying off in the future. For instance, maybe you’d have the opportunity to work with an up-and-coming director if you offered your services for free on their next film.

A word of warning, though: don’t become “that guy” – meaning, don’t give away your talents for free and get the reputation as the cheap guy in town. And don’t do it with the intention of undercutting the market for other composers. If a production is willing to pay another composer, don’t pull the rug out from under them by offering to do the job for free.

Always make sure the producer and director know you are doing this in order to build a relationship and experience for the next paid gig.

When in doubt, pass on the project. Many times, a film looking for a free score won’t be worth your time. In that case, strip the soundtrack from an existing film and compose a couple of your own cues. This type of spec work is great practice, and great for your sample reel.

Everyone’s definition of “low budget” differs, but for our purposes I’d put the total budget here under $250,000 (also known to SAG as “Ultra-Low Budget“). In this case, production might spend 1% of the budget on the score, and you’d be working a lot of hours for very little money.

In this budgetary range, you’d probably want to try to stick with short films, or very sparse cues for a feature (unless you’re taking on the project for similar reasons as outlined for spec projects).

Films in this world may include everything from student films, “proof-of-concept” trailers, or a first-time director’s passion project. The upside of this budgetary range is that they often allow the composer maximum creative input and flexibility to experiment, and that is definitely worth something.

Make sure your studio gear matches your budget level 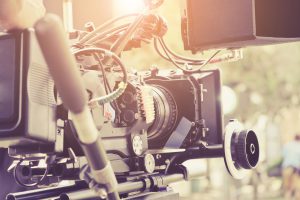 The ranges here are fairly large, and fairly low at first glance. When you watch a half-hour comedy on a major network knowing  the composer was only paid $5,000, you may scratch your head. That’s less than an actor would make for just one day on set!

However, you have to factor in the amount of episodes per season. If it’s a full 22-episode run, then suddenly $110,000 for six month’s work doesn’t seem too shabby.  Composing for a popular one-hour drama would start to add up quickly.

There are also royalties paid to the composer for broadcast performances of the program, so every time the show airs, the composer makes another small paycheck.

BMI is the organization responsible for collecting broadcast royalties for composers. Read more about their rules here. 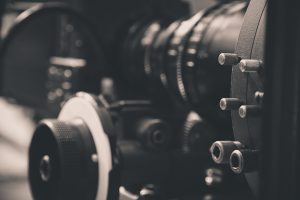 Before you begin drooling over that big number, consider that features in this budget range ($10 – $35 million) often contract the film score composer under what is known as a package deal.

A package deal means that, yes, the composer’s salary is included in that big number, but so are all the composing and recording related expenses, such as hiring the studio, paying the musicians, etc.

Suddenly $300,000 isn’t a whole lot of money, especially if you’re planning on booking a full orchestra.

Still, this is a comfortable place to live for a while in a composer’s career. You’ll be proving yourself to studios, working with seasoned directors, and gaining wide exposure. A breakout hit in this budget range could land you a seat at the Oscars or a stepping stone into a summer tentpole film… 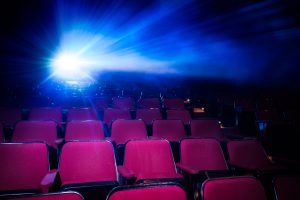 This is rarified territory. Only a handful of $100+ million films are made every year, and there is a very select group of composers that play with these kinds of budgets.

If you think of your favorite film composers, they are probably in this elite club, and have the paychecks to match.

John Williams, Hans Zimmer, Danny Elfman are all worth around $100 million each.

Performance royalties, album sales, and digital streams really add up after a project with this kind of exposure too.

Keep in mind, though, the restrictions here. Studios are betting huge amounts of money on the success of these kinds of films, so they will exert enormous control over the creative process. As the composer, you most likely won’t be as free to experiment and have fun with the music as you could on a low-budget indie feature.

If you reach this level, though, you are an auteur in your own right, and are being hired for your own brand of music. Each of those big composers with those big numbers next to their names have their own identifiable sound, and that is worth millions. 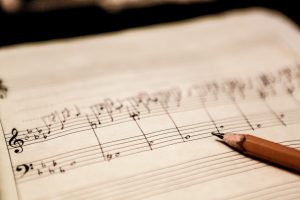 Video games are an interesting medium to compose for. A game may take several days to play through, but it may only have half an hour of original music.

There may also be unique challenges presented, such as writing music that can loop forever, or have cues that respond to interactive elements in the game.

This category is also just as broad as the feature film categories because you could be writing music for an iPhone app, or a $100 million major console release.

Deals are often structured differently in the video game realm because composers won’t be making performance or broadcast royalties on the back end. And unlike films, many deals still separate the creative fees from the music production expenses.

As you can see, the salary for a film composer is all over the place, but it is very much dependent on the budget of the project you’re working on. If you’re planning on building a career in this field, working towards getting into the next tier of productions is the best way to bump up your paycheck.

However, make sure you understand the drawbacks that can come with bigger budgets. And, as always, follow your passion:

If you’re writing music solely for the money, the film score is already compromised.

Author’s Note: Berklee College of Music publishes an occasional guide to salaries in the music industry, and is an invaluable resource for getting an idea of compensation levels for all aspects of the music industry. This article wouldn’t have been as complete without their research. Check out the 2016 guide here.